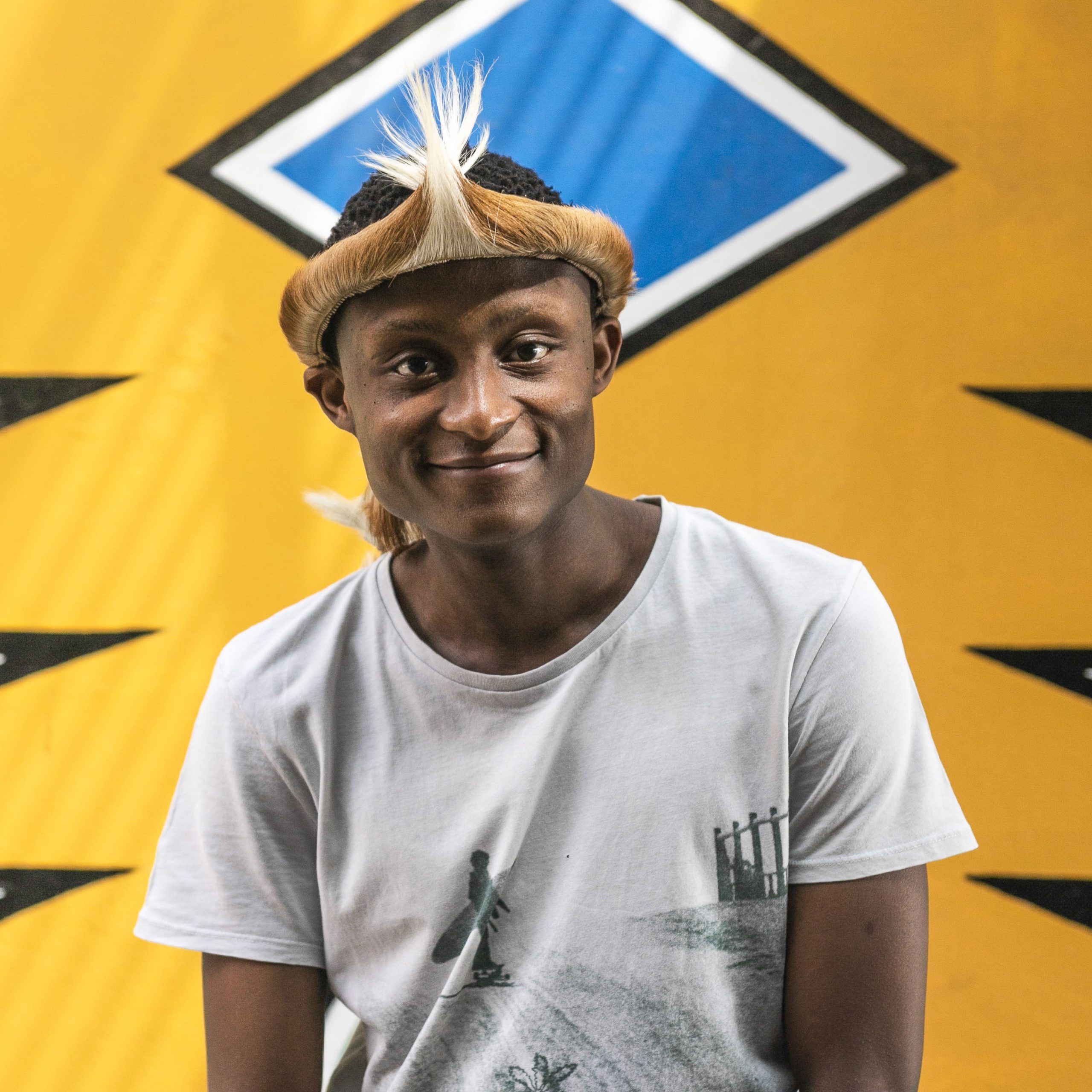 Nathi Khumalo is a visual practitioner from Johannesburg, South Africa. His work varies from personal works that interrogate his home as well as the different relationships and spaces in his life, to social commentary on a variety of wider topics, including consumerism, and issues of representation.

He is a member of the collective “Between Life and Death”. In 2018 he co-founded FSTOP CLUB SA, a company focused on promoting self-publishing ideas and innovative ways to display artworks, through Zine making and photobooks.

As a Modzi artist Resident in 2019, Khumalo spent a month in Lusaka Zambia on experimental residency to relook at what most deemed as the perfect ’’exile destination” and  explore the notion of exile and what it means in contemporary society.  There he produced a series titled, “Iphakathi ‘ripple effect’,” which was a commentary on the xenophobic attacks which occurred in September 2019.

Khumalo’s work has been exhibited in South Africa, Zambia, India and Myanmar.

Nathi Khumalo produced his debut curatorial show, ‘U-Collaboration: A Transforming City” which showcased images from alumnus of the Market Photo Workshop between 2012-2017, at the U-care centre clinic in Park station.

Since then he has co-curated a show, at the Bronx Documentary Centre in New York, USA, as part of a 30 year celebration since David Goldblatt started the Market Photo Workshop.