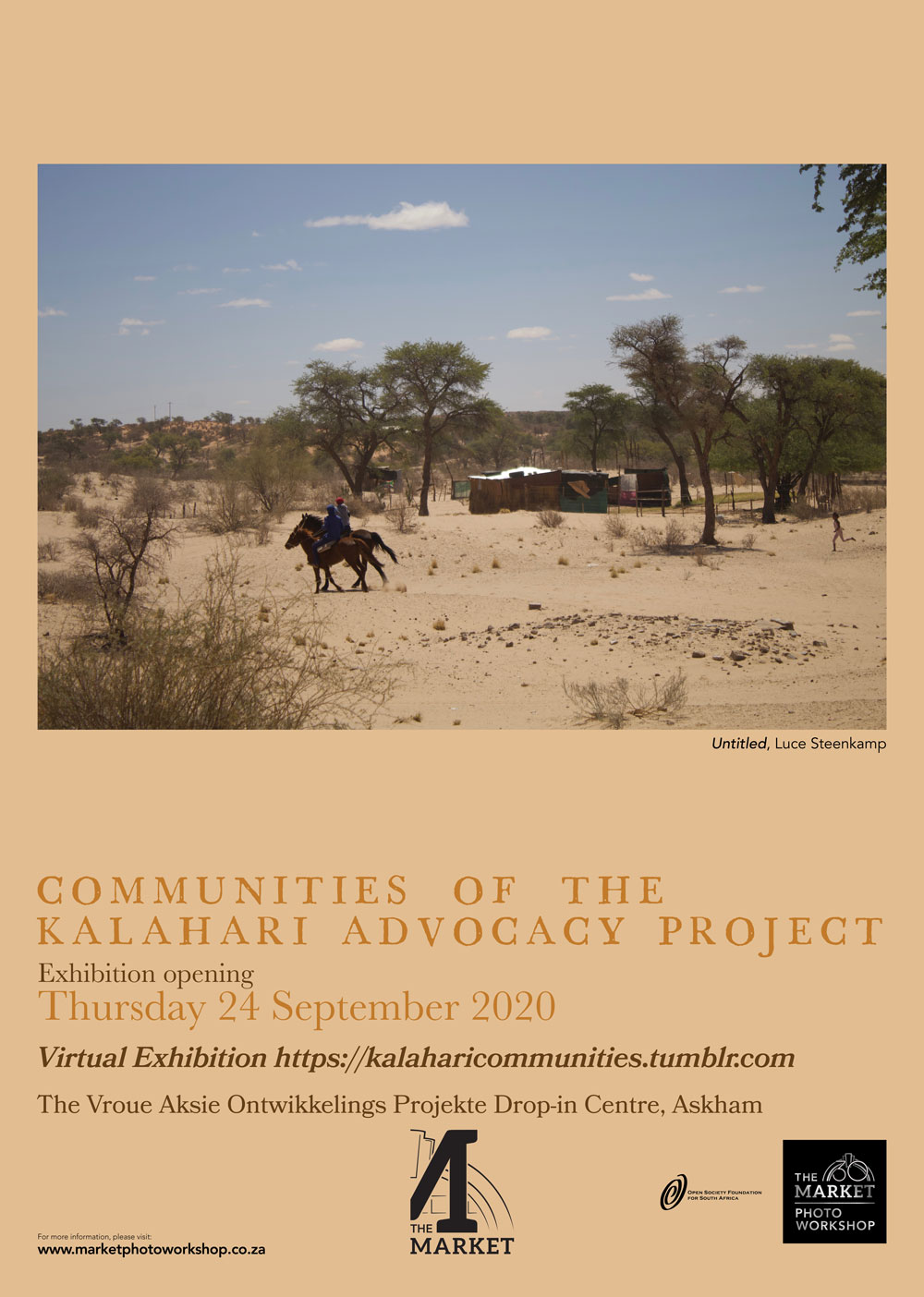 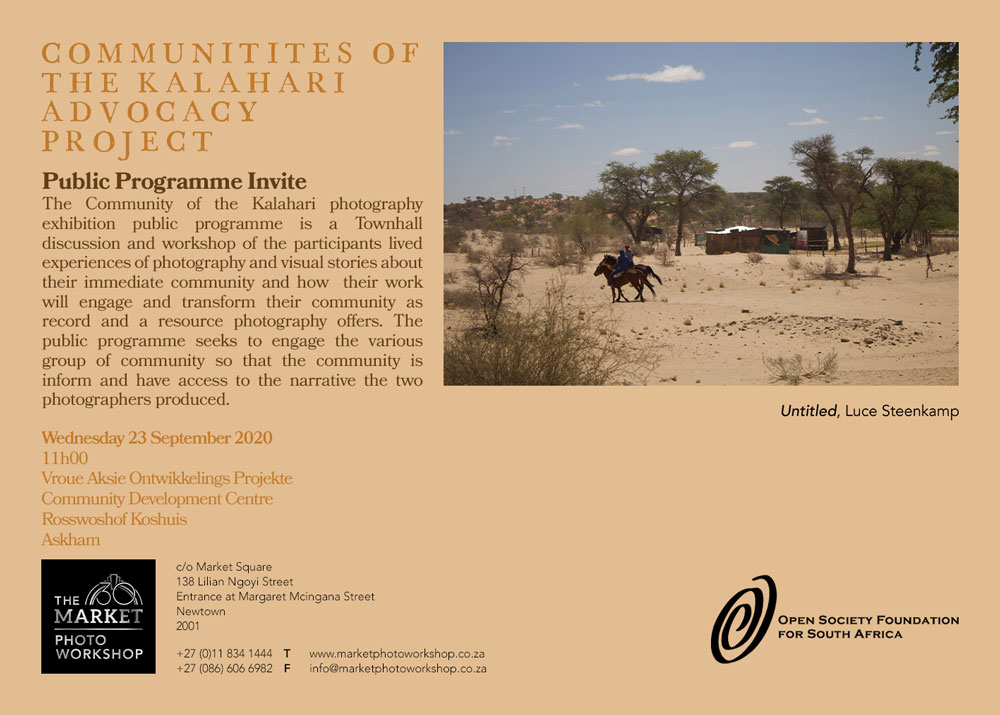 Communities of the Kalahari Photography Exhibition

Brought to you by Kalahari photographers: Luce Steenkamp and Tommy Busakhwe, supported by the Open Society Foundation for Southern Africa, and the Market Photo Workshop.

The Communities of the Kalahari Photography exhibition launches in Askham, Northern Cape and will include an accompanying community-based programme. The exhibition presents the photography of Luce Steenkamp and Tommy Busakhwe. Accompanied by video, text and audio, Steenkamp and Busakhwe’s images tells of their personal histories and share the stories of their communities Andriesvale and Askham in the Northern Cape. Steenkamp photographs young mothers who are overcoming the stigmas associated with becoming mothers as teenagers and Busakhwe overlooks the common labels of ‘lazy, disrespectful’ for Askham youth and explores intergenerational conversations and understandings.

Steenkamp and Busakhwe underwent a photographic training and mentorship programme at Market Photo Workshop. As one of the oldest schools for photography in Johannesburg, South Africa, Market Photo Workshop’s network of photographers, educators, and curators provided Steenkamp and Busakhwe with critical skills of visual literacy and camera technique to tell their stories under the mentorship of South African photographer, Cedric Nunn.

During this time, the Market Photo Workshop will also be handing over photography equipment to the two participants as part of the outcome of the project to provide support towards the continuation of telling the visual stories of the First Nations of our region.

This project forms part of Heritage Month activities of the Market Photo Workshop, and is supported by the Open Society Foundation for South Africa.

Follow Market Photo Workshop, OSF-SA, and the Communities of the Kalahari Photography Showcase:

About the photographers
Luce Steenkamp

I am a San woman that grew up in Philandersbron in the Mier area in the Kalahari and moved to Andriesvale Farm in 2001.  Andriesvale Farm is one of the properties that our community claimed successfully in 1999. The land claim victory encouraged me to leave my job as a shop keeper in Cape Town to return to my ancestral land and try to make a difference within my community. I am the Office Administrator of the Bushmancouncil Office since 2009 which is now called the #Khomani San CPA Office. Through my work I am involved in numerous community development projects which include but is not limited to eco-tourism, education, sustainable commercial hunting, traditional veldschool programs, resource use and benefit sharing agreements/ intellectual property protection. I form part of the ASF Filming Project and did a documentary with Mvura Productions about our almost extinct native language. I underwent numerous skills training, both accredited and non- accredited. I am also a Director of the Africa Human Rights Film festival, a Non-Profit Organization, whose mission is to use film to generate robust debate, empower African citizens, raise awareness, and promote respect for human rights across Africa.

Tommy Busakhwe
My name is Tommy April Busakhwe from Askham. I was born in the Northern Cape within the Kalahari on a Farm called Eensaam Kasteel (Lonely Castle). My interest in Story Telling started when I was young and when my late Mother and Father use to tell us their children and many others stories around the fire by night. The stories they told us were about almost everything. There were stories of love, stories of sadness, stories of happiness and stories of education or very scary stories that sometimes made us close our ears and eyes – but there were also stories of hope and courage.

The Market Photo Workshop is a Johannesburg-based school of photography, gallery and resource centre for practicing photographers. Since its establishment in 1989, the school has played an integral role in the training and growth of photographers from South Africa and further afield, while promoting photography through exhibitions, public debates and collaborative projects, especially within marginalized communities. The Market Photo Workshop is a division of The Market Theatre Foundation and the recipient of The Principal Prince Claus Award 2018.

OSF-SA works through a unique combination of both grant-making and advocacy, supported by strategic research, demonstration projects, convening on niche issues, and knowledge exchange with network and local partners. OSF-SA’s work is supported by two grant-making programmes and a Research and Advocacy Unit. 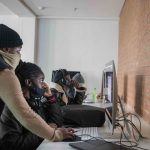 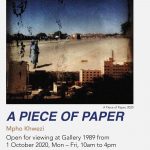