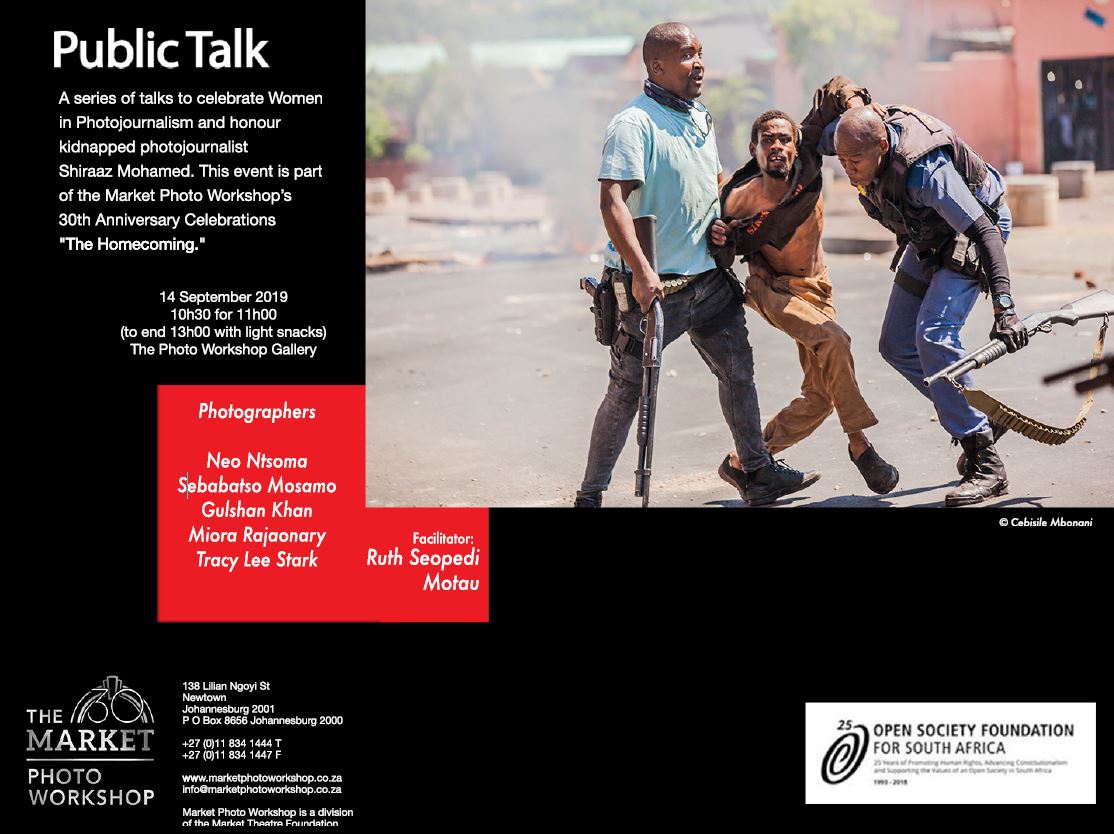 Ruth Motau is a social documentary photographer influenced by photojournalism and the marginalisation of black communities. After studying photography for over three years, the dawn of democracy signified Motau’s launch into the field, and she became the first black female photo editor in South Africa.

Gulshan Khan
Gulshan Khan is an independent South African photographer based in Johannesburg. Currently a stringer for Agence France Presse (AFP), she was the first woman from the continent to be hired by the agency. Her work has been published in numerous publications, including The New York Times, The Washington Post, The Guardian, Al Jazeera, Le Monde, The Financial Times, El Pais, The Wall Street Journal, among others. Gulshan has workedwith various NGO’s including the UNFPA and the African Women’s Development Fund.

In 2018, she was one of six photographers selected for the World Press Photo 6×6 Talent Program, Africa Edition and is a 2019 Joop Swart nominee. In 2016, Gulshan completed the
Market Photo Workshop Photojournalism and Documentary Photography Program in Johannesburg, South Africa. She is also a member of the World Press Photo’s African Photojournalism Database (APJD), Native and Women Photographers? and is an Everyday Africa contributor. Her work is focused on stories related to identity, transition and belonging,
themes which continue to direct her visual representations of the human condition and the world around her. Sometimes she explores with video, poetry and short form documentary?

Sebabatso Mosamo
Sebabatso Mosamo, born in 1986 in Johannesburg is an award-winning photographer and video/multimedia journalist with more than 10 years of experience in the journalism industry.

Over the years, Mosamo has worked as a photographer, videographer, writer, a copy editor, layout artist and multimedia producer.

She also a co-author of the book entitled: We Are Going To Kill Each Other Today: The Marikana Story (2013). The book looks at the story behind the newspaper headlines of the
Marikana Massacre of 2012. Who was involved? Where did the miners, mostly migrant workers, come from and what were their personal circumstances?

Sebabatso is an honours graduate in Career Entry Journalism obtained at the University of the Witwatersrand in 2007.

She furthered her studies in 2012 when she enrolled for Photojournalism and Documentary Photography at the Market Photo Workshop. After graduating, Mosamo joined Eyewitness
News, where she worked as multimedia/video producer and wrote her own scripts and voice-overs or narration for her video packages. She also wrote and voiced story scripts for the
company’s radio platforms – Radio 702, 567Cape Talk, KFM and Highveld Stereo.

At the Mail & Guardian, Sebabatso worked as a senior multimedia producer where she was required to pitch, research and shoot video stories. Her role also involved managing the
website as well as its social media platforms in addition to providing training to photographers and journalists in basic video shooting and editing.

In 2018, Mosamo returned to Wits as a lecturer and mentor in photography and video for the Journalism Department’s Career Entry Journalism Program.

Sebabatso is currently employed as a photojournalist at The Sunday Times. Her work has been published in The New York Daily; The Son (London), Sunday Times, Mail & Guardian,
Timeslive, Eyewitness News, The Daily Vox, City Press, Sowetan, Business Day and Financial Mail, among others.

Neo Ntsoma is an award winning South African photographer, educator and consultant whose photos have appeared in major international newspapers, magazines and books as well as exhibitions worldwide. In 2004, Ntsoma became the first female recipient of the Mohamed Amin Award, the CNN African Journalist of the Year Photography Prize. With the understanding of the importance of mentorship, she lectures frequently, both within and outside of South Africa. She has served as a judge on numerous photographic competitions, ranging from regional, national, to international contests.

Furthermore, Ntsoma co-authored the book, Women by Women, which is a celebration of the 50th anniversary of the 1956 Women’s March. The largest demonstrations staged in South African history, 20 000 women of all races marched against legislation aimed at tightening the apartheid government’s control over the movement of black women in urban areas. In 2006, she was named one of the ‘100 Most Influential Women’ in a list published by Media24, Africa’s largest media group.

Miora Rajaonary
Miora Rajaonary is a documentary photographer born and raised in Madagascar, currently based in Johannesburg, South Africa. Her work focuses on identity and social issues in
contemporary Africa.

Miora was named the winner of the Juror’s Choice of the 2019 edition of THE FENCE, the First Prize of the Addis Foto Fest’s Portfolio Review sponsored by National Geographic in
December 2018, and was one of the four winners of the inaugural Getty + Array Grant in July 2018.

Miora was named one of the “10 emerging photographers of color to watch” in January 2018 by I-D magazine.

She was a World Press Photo Masterclass East Africa participant, one of the 22 inaugural Women Photographer mentees, and is one of the inaugural Native + Everyday Projects mentees.

Tracy Lee Stark
Tracy Lee Stark is a seasoned Johannesburg-based photojournalist who currently shoots for The Citizen Newspaper She has been a photojournalist for 12 years. Her passion for
photography started at the age of six when she got her first camera, a 110 pink leClick film camera.

But far removed from pink prettiness, she was inspired by the stark and powerful pictures taken by the famous Bang Bang Club, a group of four South African photographers who
documented the conflict in the townships during the apartheid era. She is always looking at the ‘real side of life’ and wants to be part of documenting history. Her job has exposed her to
both the dark and light side of life, and she has covered everything from burning tyres and teargas-filled protests and xenophobic attacks to celebrities and amazing ordinary people with
extraordinary stories. “Being part of people’s most intimate moments can be intimidating as well as beautiful,” she says. She’s a storyteller at heart and uses her images to show others
what they may not yet see. 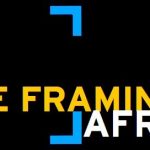 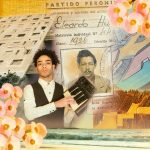