An exhibition by the Zimbabwe Association of Female Photographers 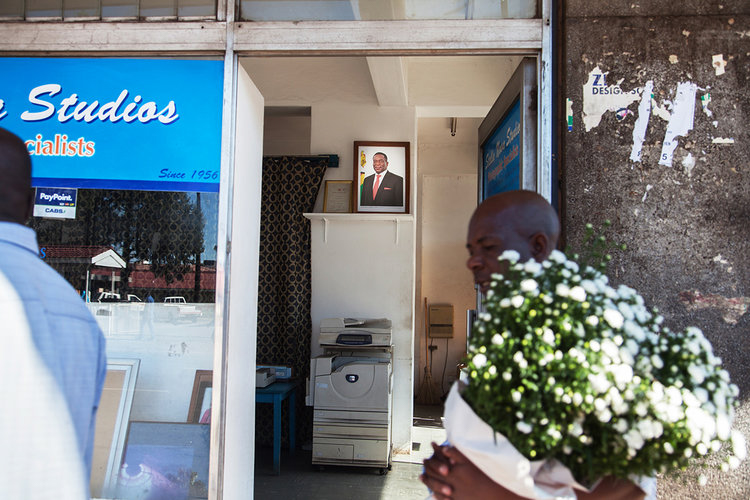 Market Photo Workshop is pleased to present an exhibition of five women photographers from the Zimbabwe Association of Female Photographers (ZAFP). In this exhibition, Zimbabwean photographers interrogate the notion of ‘Legitimate Expectations’, contrasting the two weeks of elation during the 2017 coup that resulted in Robert Mugabe’s resignation, against the ongoing legacy of the previous administration. Investigating the rise of General Constantino Chiwenga and Emmerson Dambudzo Mnangagwa,  ‘Legitimate Expectations’ questions the ability of Zimbabwe to move forward despite the atrocities of the past. Presenting the work of photographers born after Zimbabwe’s independence, the exhibition attempts to contradict General Chiwenga’s statement made before the coup, “the history of our revolution cannot be rewritten by those who have not been part of it.” On the contrary, this exhibition suggests that there is an urgent need to revisit history and recognise the past as a way of mapping the future for the younger generation of Zimbabweans hoping to carve out a more inclusive national narrative.

Angela Jimu, Annie Mpalume, Cynthia Matonhodze, Davina Jogi and Kresiah Mukwazhi are all graduates and alumumni of the Market Photo Workshop in Johannesburg and members of the Zimbabwe Association of Female Photographers.

This project is supported by an ANT Funding Grant from Pro Helvetia Johannesburg financed by the Swiss Agency for Development and Cooperation (SDC).

About the Zimbabwe Association of Female Photographers

The ZAFP was launched in 2013 as a voluntary organisation that strives to raise the standard of professionalism in the industry through project-based training, networking and the promotion of our members’ work. Since its inception, it has carried out photographic projects that not only strengthen the practice of participants but also seek to inform the public, increasing visual literacy in Zimbabwe.

In November 2017, the ZAFP hosted the World Press Photo Exhibition in Harare, which was scheduled to open on the same day as the de facto coup was announced. Faced with a host of unexpected challenges, the ZAFP directors juggled news photography with exhibition duties and managed to host a successful World Press event from 21st November – 15 December 2017.

The Market Photo Workshop also runs a number of Public Programmes, which are a series of events involving and directed at professional photographers, visual artists, educators, students as well as the broader public. These Public Programmes seek to inform the trends, practices, methods, and contemporary ways of working and thinking in South African photography practice through exposure to a broad understanding of visual culture as well as a networking platform that encourages critical thinking and engagements.

Showcasing a number of high profile local and international photographers, as well as student and alumni photography work, the Market Photo Workshop has been able to build a strong and consistent audience base around our gallery, ‘The Photo Workshop Gallery’ in Newtown, which is on the same premises as the school. Since 2005, when the gallery was initially launched, the kind of platform it has engendered encourages not only emerging students to experience and enter into professional practice, but has distilled a new type of photographic practice amongst the greater artistic community. Various critical discourses, especially around the role documentary photography, have been stimulated by the multitude of exhibitions that have shown at The Photo Workshop Gallery creating dynamic interactions between students and the greater photography community. In 2017, Market Photo Workshop relocated to its new state of art photography facility at Market Square premises by the Mary Fitzgerald Square. 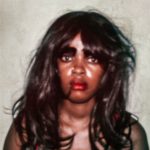 2019 Gisèle Wulfsohn Mentorship in Photography at the Market Photo WorkshopProjects 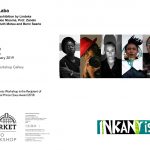