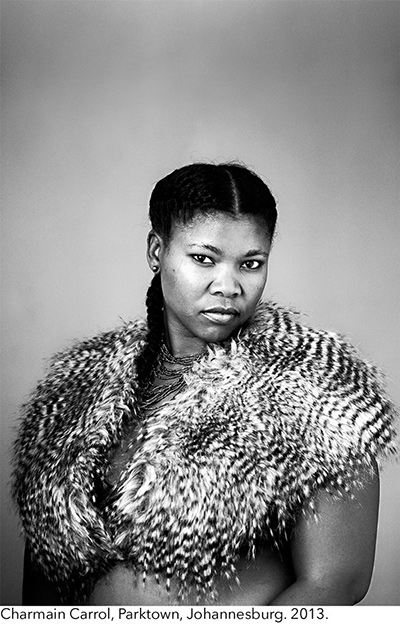 The Market Photo Workshop is proud to host Faces and Phases 11, a special project by Photo Workshop Alumnus Zanele Muholi that celebrates the 11th anniversary of her acclaimed portrait series documenting black lesbian and transgender individuals from South Africa and beyond.

In 2006 Muholi was painfully aware of the lack of documentation of her community, and its absence from visual history, driving her to embark on her series of black and white portraits. Since taking her first image of Busi Sigasa at Constitution Hill, Muholi has captured more than 250 portraits, and is now producing follow-up images of her participants as they go through various phases in their lives. ‘The journey has been long and hard,’ says Muholi, paying tribute to the bravery of her participants, who she describes as ‘history makers who are positioned differently in politics, economy and in society’.

Setting out 11 years ago, Muholi described Faces and Phases as follows:

‘Faces’ express the person, and ‘Phases’ signify the transition from one stage of sexuality or gender expression and experience to another. ‘Faces’ is also about the face-to-face confrontation between myself as the photographer/activist and the many lesbians, women and trans(wo)men I have interacted with from different places …

Faces and Phases is an insider’s perspective that both commemorates and celebrates the lives of the black queers I have met in my journeys. Some of their stories gave me sleepless nights as I tried to process the struggles that were told to me. Many of the women I met had been violated and I endeavoured not to exploit them further through my work. I set out to establish relationships with them based on a mutual understanding of what it means to be female, lesbian and black today. Faces and Phases is about our histories and the struggles that we continue to face.’

These words continue to hold true. By showing some of Muholi’s initial portraits alongside others taken more recently, this celebratory exhibition will map the trajectory of each individual’s growth. Muholi will also introduce the audience to new participants, highlighting the fact that this is a living archive. Reflecting on the past decade, the award-winning Muholi states: ‘Faces and Phases is the only project in Africa of its kind. It is a success, milestone and record-breaker.’

Muholi is a visual activist. She was born in 1972 in Umlazi, Durban, and lives in Johannesburg. She co-founded the Forum for Empowerment of Women (FEW) in 2002, and in 2009 founded Inkanyiso (www.inkanyiso.org), a forum for queer and visual (activist) media.

Muholi’s self-proclaimed mission is ‘to re-write a black queer and trans visual history of South Africa for the world to know of our resistance and existence at the height of hate crimes in SA and beyond’. She continues to train and co-facilitates photography workshops for young women in the townships.

Muholi studied Advanced Photography at the Market Photo Workshop in Newtown, Johannesburg, and in 2009 completed an MFA: Documentary Media at Ryerson University, Toronto. She is an Honorary Professor at the University of the Arts/Hochschule für Künste Bremen.

Muholi has won numerous awards including the ICP Infinity Award for Documentary and Photojournalism (2016); Africa’Sout! Courage and Creativity Award (2016); the Outstanding International Alumni Award from Ryerson University (2016); the Fine Prize for an emerging artist at the 2013 Carnegie International; a Prince Claus Award (2013); the Index on Censorship – Freedom of Expression art award (2013); and the Casa Africa award for best female photographer and a Fondation Blachère award at Les Rencontres de Bamako biennial of African photography (2009). Muholi is listed in the 2016 ArtReview Power 100.

The Market Photo Workshop also runs a number of Public Programmes, which are a series of events involving and directed at professional photographers, visual artists, educators, students as well as the broader public. These Public Programmes seek to inform the trends, practices, methods, and contemporary ways of working and thinking in South African photography practice through exposure to a broad understanding of visual culture as well as a networking platform that encourages critical thinking and engagements.

Showcasing a number of high profile local and international photographers, as well as student and alumni photography work, the Market Photo Workshop has been able to build a strong and consistent audience base around our gallery, ‘The Photo Workshop Gallery’ in Newtown, which is on the same premises as the school. Since 2005, when the gallery was initially launched, the kind of platform it has engendered encourages not only emerging students to experience and enter into professional practice, but has distilled a new type of photographic practice amongst the greater artistic community. Various critical discourses, especially around the role documentary photography, have been stimulated by the multitude of exhibitions that have shown at The Photo Workshop Gallery creating dynamic interactions between students and the greater photography community.

In December 2016 the Market Photo Workshop relocated to its new premises at the Market Square at Mary Fitzgerald Square in Newtown, Johannesburg. The new premises houses two galleries to serve much wider photography activities and programming. 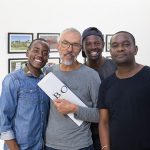 The Market Theatre Foundation remembers the life of Peter McKenzieNews 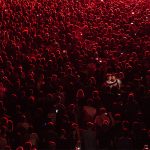