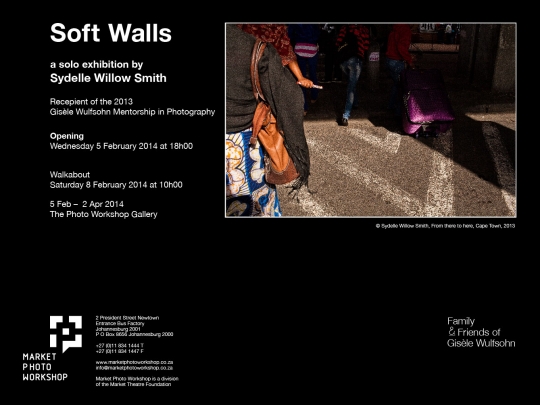 Soft Walls seeks to deal with convivial relationships between migrated African nationals and South Africans; revealing the subtle ways in which individuals make sense of their experiences; forming relationships and bonds that can challenge dominant perceptions wherein difference is celebrated and prejudices towards “foreign” Africans are perpetuated.

With migrants settling in, marrying, developing friendships and building homes with South Africans, the question of identity and belonging has become central. While immigrant integration has fairly engaged and transformed South African communities, the process has not, necessarily, led to cohesive communities. This has, in turn, led to the perceived walls or restrictions and unfavourable relationship issues.

Smith’s Soft Walls figuratively investigates the subtle ways in which African nationals and South Africans, in relationships, make sense of their space, experiences and complexities.

Smith was mentored by Dave Southwood.

About the recipient Sydelle Willow Smith
Sydelle Willow Smith was born in 1987 in Johannesburg. After living in London and Scotland for two years working as a cleaner and dishwasher and backpacking South America, she attended the Market Photo Workshop where she completed her Foundation and Intermediate Courses in 2007.  In 2011 she graduated from the University of Cape Town with an Honors Degree in Social Anthropology cum laude, with an undergraduate in Video Production. She works as a photographer/filmmaker with a keen interest in migration, memory, place making and participatory social projects. She has exhibited in South Africa, Zimbabwe, Mozambique, Holland and Barcelona and has contributed to CityScapes, National Geographic Traveller, Le Nouvelle Observateur and The Guardian. Soft Walls is her first solo exhibition and is funded by The Gisèle Wulfsohn Mentorship in Photography at the Market Photo Workshop. She is based in Cape Town.

About the mentor Dave Southwood
Dave Southwood is a photographer who concerns himself with the medium’s production and consumption.

In 2000, together with some township photographers, he set up the first non-profit organisation for ‘street photographers’ in the Western Cape called Umlilo. This was after having worked at The University of Cape Town in the same developmental field. He still works with these freelancers.

A decade-long project photographing a flea market has been made into a book and is published by Fourthwall Books. The author Ivan Vladislavic wrote the longest of four commissioned texts in the book.

In 2004 he was awarded first prize by the Bauhaus for an interdisciplinary project which he co-authored. Three short films he made about some architecture were shown at the Venice Biennale of Architecture in 2010. These two projects are representative of a deep concern for architecture and cities which culminated in an exhibition called citiesincrisis which he co-curated and participated in. The show took place at the University of Johannesburg’s FADA Gallery and included Jane Alexander, David Goldblatt, Mikhael Subotzky and Guy Tillim, amongst others.

He has contributed to, and been featured in, publications like Adbusters, COLORS, the New York Times Magazine, Wallpaper. He has also edited photo editions of magazines, taught at Universities and written for the art press.

He is currently working on a project on Tanzanian Stowaways who live below the N1 freeway in Cape Town. This project will be shown in the US in mid 2014 together with the N1.
Edited from Source: http://davesouthwood.com/ 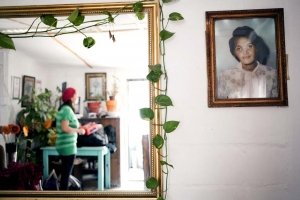 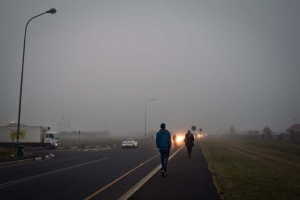 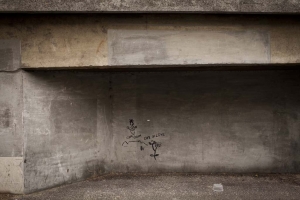 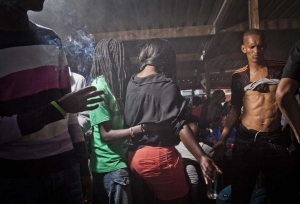 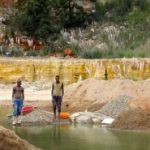 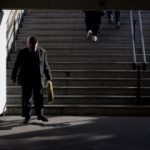