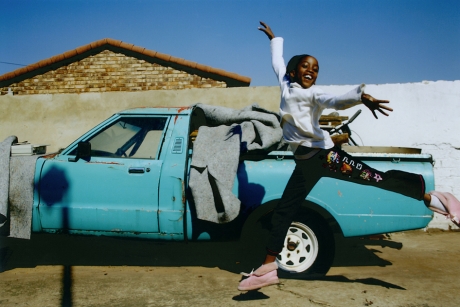 Face Her was exhibited at Museum Afrika in Newtown, Johannesburg. The exhibition ran from 9 August to 20 September 2009.

Face Her is a group exhibition of photographs from past students of the Market Photo Workshop. The exhibition opened at Museum Afrika on Sunday, 9 August 2009, and was opened by co-curator Lester Adams and Simangele Kalisa, an ex-student and photographer featured in the exhibition.

This exhibition showcases the work of emerging photographers, and invites a dialogue about the status of women and gender roles in contemporary South African society, and contains work by photographers such as Sabelo Mlangeni, Musa Nxumalo, Simangele Kalisa and Tracy Edser, among others.

The images presented in the exhibition show faces often seen before, bearing witness to the experiences of women across a multiplicity of locales, roles and ages. The works that comprise the exhibition also often reflect on the role of the photographer, as observers and commentators, these photographers are actively negotiating the “gaze” which has historically problematised the representation of women as a whole. And all too often, the ways in which people portray others is a reflection on the ways in which they choose to portray themselves.

For women, their emancipation comes in and out of focus depending on the time of year, the time of the month, who they face, what they face, who sees or does not see them. Women are challenged to claim their own freedoms and assert their values on the streets, in the kitchens, in the spazas, at the borders, and in their beds.The details of their daily choices are subjective and specific, often bearing serious ramifications. Here we celebrate women, in a fragment of time, in a slice of light, in Southern Africa.

Face Her was made possible by the Newtown Women in Arts Festival. The Market Photo Workshop would also like to thank all the contributors and funders, particularly Transnet. 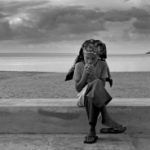