I am not afraid 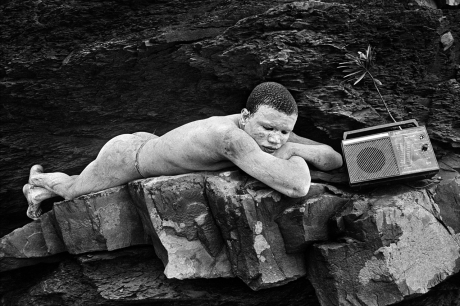 I am not afraid. The Market Photo Workshop, Johannesburg was exhibited at the Aspekte Galerie at the Münchner Volkshochschule in Munich, Germany. The exhibition ran until April 13 2009.

“The exhibition and publication focus on situations of life in South Africa after the end of apartheid, asking questions about the profound social transformations that have taken place in this country. The aim was to collect positions from the different generations of graduates from this school, that have emerged from the tradition of committed documentary photography and that tackle such issues as violence, different sexual politics, and economic niche work head-on.” (Exhibition Catalogue, 2007:1)

The individual presentations of the photographers – Jodi Bieber, Bonile Bam, Zanele Muholi, Nontsikelelo Veleko, Sabelo Mlangeni, and others – engage with topics such as migration, homelessness, sexual politics and violence, while also questioning and interrogating modes of representation, and the place of memory and identity in a complex, transitional society.

In December 2007, the prominent photography journal Camera Austria dedicated its entire 100th edition to the work of the Market Photo Workshop. I am not afraid was first shown in Graz, Austria, before moving to the Langhans Gallery, Prague, in June 2008. The exhibition was curated by Christine Frisinghelli, the editor of Camera Austria, and Walter Seidl.

Camera Austria no. 100, acting as an accompanying catalogue to the exhibition, contains a number of critical articles from prominent South African photographers and academics. David Goldblatt and critic Joyce Ozynski (both from the generation of Workshop founders) provide an introduction to the historical context of its foundation, and describe the hopes and intentions that were attached to the Workshop from today’s standpoint. Historian Patricia Hayes relates contemporary documentary practice in South Africa to the committed activism of the anti-apartheid movement, explaining how photography contributed to social reformation in this country. Photographer and current head of the Market Photo Workshop, John Fleetwood, reports on the possibilities and functioning of an independent education centre in contemporary South Africa.

Art historian Rory Bester introduces us to the documentary practices of contemporary photography in South Africa and to the published works showcased at the exhibition. In a conversation between photo artist Jo Ractliffe, photojournalist Peter McKenzie and critic Sean O’Toole, we learn about the different artistic attitudes and common ethical principles in the battle against state violence and discrimination.

For more information on the Aspekte Galerie, click here

To read excerpts from Camera Austria, or to order a copy online, click here 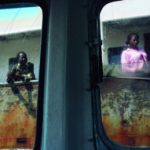 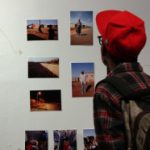